If this is your first winter with chickens, you may be wondering: how cold is too cold for chickens to be outside? Should you insulate your coop? What about a heat lamp? So many questions!!

We’ve created this guide to chickens and winter weather, based on our own experience and some tips from our fellow chicken lovers!

How Cold is Too Cold for Chickens to be Outside?

Supposedly, chickens are ok in temperatures up to -20°F as long as they have adequate shelter. Makes sense, as chickens are raised in every state in the US, even Alaska! We don’t get temperatures nearly that cold, but my chickens don’t act fazed at all when the thermometer hits freezing.

However, when we found out that we were getting record cold in Texas last month, I couldn’t help but worry a little bit about my girls! This would be the coldest weather they’d ever seen — with lows close to zero.

I reached out to my friend Stefanie (she has a farm and runs Simple Acres Blog) — she lives in Washington state, so I know that she has experience with raising chickens in cold weather. She reassured me that my flock would be just fine with a few simple preparations.

The main things to keep in mind is that just because YOU feel cold doesn’t mean that your chickens are suffering. Chickens are designed to withstand colder temperatures than humans — there is a reason we use feathers to make blankets and bedding after all!

To keep themselves warm during cold weather, chickens will fluff up their feathers. This creates pockets of air that trap heat and keep chickens insulated, similar to a down puffer jacket.

What Chicken Breeds are Cold Hardy?

Some breeds of chickens are especially cold hardy, with winter temperatures less likely to affect their egg laying ability. These include:

Large birds with thick feathers are best suited to cold weather. Large, floppy wattles and combs may be more susceptible to frostbite, though we don’t always know that when we get little chicks.

This isn’t an all-inclusive list, but these are some of the more common cold hardy chicken breeds in the United States. Depending on the degree of weather you’re expecting, you may still want to winterize your coop.

Should You Use a Heat Lamp in the Coop?

Putting a heat lamp inside a coop is one of the more common suggestions I’ve seen for keeping chickens warm in winter. However, there are a couple very good reasons NOT to do so:

Overall, the risks of using a heat lamp inside a chicken coop far outweigh any potential benefits. Plus, it’s generally not needed.

Should You Insulate a Chicken Coop?

If you live in a cold climate, building an insulated coop maybe helpful. In most areas it is probably not necessary. A well-ventilated coop that keeps out drafts is more than sufficient unless in an locale with extreme cold.

You might be wondering, how do you block drafts AND make sure that a coop well-ventilated at the same time?

When thinking of ventilation, it doesn’t mean you need air blowing into the coop. Rather, you want a place for moisture to escape, as moisture is the real danger in winter.

When it’s especially cold, chickens often spend more time than usual inside their coop. Naturally, this means there will be more poop in the coop, which creates moisture (and ammonia too!) Even the chickens’ breath creates moisture.

When moisture stays trapped in the coop, it can make the chickens damp. This dampness can cause them to become cold, or even increase the risk of frostbite.

During the day when the coop door is open, there is plenty of ventilation. But at night time, when the door is closed, you still need to make sure there is a way to allow moisture and ammonia gas to escape.

A small vent near the top of the coop should do the trick. This vent should be higher than where your chickens roost, so that any incoming air doesn’t hit them directly. Our vent is a window that we leave slightly cracked.

Because we live in a hot climate, we built our chicken coop with the goal of keeping it cool in summer. Chickens are more cold tolerant that heat tolerant, and when the temps hit the 90s and 100s, they show more signs of stress than they do in temperatures around freezing.

How to Keep Chickens Warm

If your coop is not insulated and you’re worried about keeping them warm when cold temperatures arrive, there are a few things you can do quickly to help protect them.

When we were hit with record cold temperatures this year during a storm, we secured tarps around the chicken’s run. Their coop is inside the run, so by covering the run, we block wind and drafts while allowing ventilation inside the coop itself.

We did leave areas uncovered for some ventilation and sunlight. On days where the temperatures got above freezing, we took the tarps down and put them back up at night so the chickens got as much sunlight as they’re used to having.

Tarps are excellent for winterizing a chicken coop in a hurry, as you can put them up in minutes and take them down just as quickly. We used staples this year, but we plan to install hooks on the frame of our run so next year we can hang them from the tarp grommets instead or damaging them with staples.

Remember, it doesn’t have to be pretty! It’s just a temporary solution. Your chickens will be grateful for the extra warmth!

If you’re expecting a long cold spell, you may want to create temporary insulation by stacking straw bales against the outer walls of the coop. Do not place the bales inside the coop, as they can trap moisture and grow moldy quickly. You’ll also want to take care to allow for coop ventilation.

3. Make Sure Your Flock is Well Fed

We always remove food from the coop at night, but during the day we make sure they have free choice feed.

During colder weather, we feed them starchier treats such as corn and apples. This gets their metabolism going and helps keep them warmer as they head to roost at night.

Chickens should always have access to fresh water, and during winter this may mean a bit of extra maintenance on your end to keep their water from freezing.

If there is snow on the ground in the chickens’ run, you may want to use straw or pine shavings to provide a path for them to reach their food and water. Chickens’ feet can get cold quickly and sometimes they will avoid walking on snow altogether if they are not used to it.

I’m happy to report that our ladies made it through their first harsh winter storm just fine! They weren’t huge fans of the cold snow on their feet and mostly stayed inside on the coldest day, but otherwise they didn’t seem to mind and continued laying eggs. 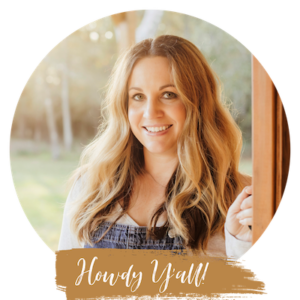